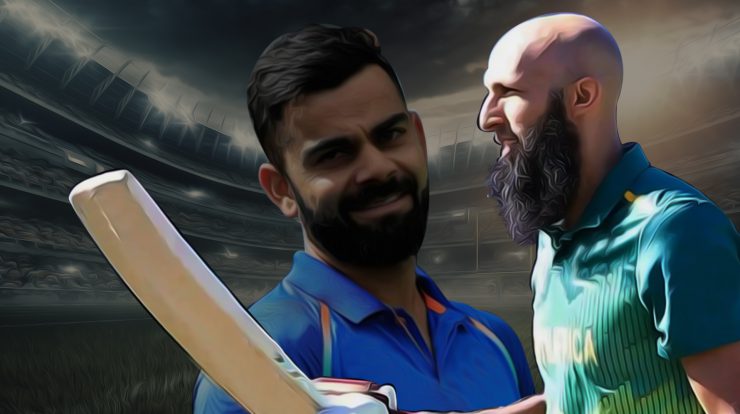 Cricket has been a game of creating and breaking records. The most recent individual to enter the list of record breakers is the South African legend Hashim Amla. The South African opener on Saturday during their first ODI against Pakistan at the St George’s Park, Port Elizabeth, became the fastest player to score 27th ODI ton.

Amla with this feat surpassed Indian skipper, Virat Kohli, who became the fastest man to score his 27th ODI ton in 169 innings. The 35-year-old South African batsman achieved this title in 167 innings scoring an enthralling total of 108 runs; however, his efforts could not make much of a difference as the Proteas went on to lose the game to their counterpart.

Prior to Kohli, the title was held by the “God of Cricket,” Sachin Tendulkar, who got hold of the title in his 259th innings. It was during the first ODI against England amid January 2017, when Kohli surpassed the Indian Cricket legend to register the record under his name.

The first game out of 5-matches ODI series between Pakistan and South Africa was played on Saturday wherein Pakistan won the game by 5-wickets to claim a 1-0 series lead. Hashim Amla paired with new cap ‘Rassie’ van der Dussen (93) scored a total of 155 runs for the second wickets to help South Africa reach a total of 266 runs before wrapping their innings.

Before walking into the 5-game ODI series with Pakistan, South Africa won a 3-0 clean sweep against Pakistan in the 3-game Test series.

The former record holder, Virat Kohli with his men, won their first-ever bilateral ODI-series win against the Aussies on their home ground. India during their tour to Australia defeated the hosts by 2-1 in Tests, 2-1 in ODIs and a 1-1 draw in the three T20Is.

Lets’ see who become the next cricket player to surpass Hashim Amla for achieving the title of fastest 27th ODI ton. Till then if you want to stay updated with the latest sports stuff, stay tuned to Sport 11.