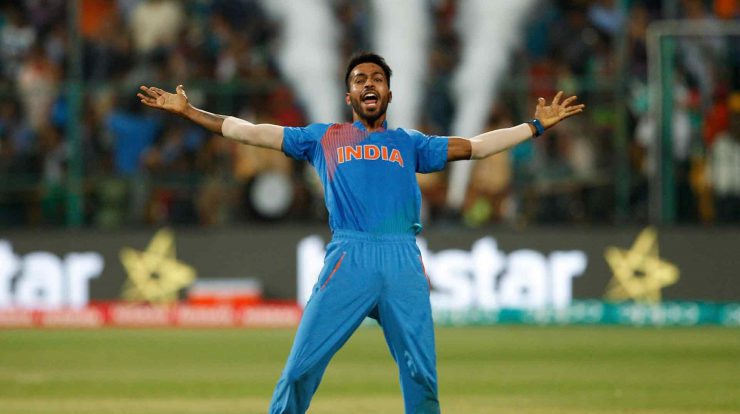 The notorious Hardik Pandya has made one of the biggest comebacks of recent times. His hunger for runs and wickets after the severe back injury was clearly visible in his 3rd ODI against New Zealand. Not that he hasn’t shown this side of his game earlier, only that it was much needed after his not so liked comments on Karan’s show.

Hardik’s 1st ODI against the Kiwis began with the flying catch that he took to send Williamson back to the pavilion. The catch also got quite a few memes to mark the event as happening. To add icing to the cake, Hardik took 2 wickets in 10 overs only giving away 45 runs. The All-rounder also managed to take 2 wickets in his 3rd ODI against New Zealand.

But havoc poured in when Pandya took hold of his bat. Pandya scored a quick 45 in just 22 balls. But the major highlight came in the 47th over where Hardik smashed 3 consecutive maximums in the Westpac Stadium. Every ball from Todd Astle was easy for Pandya, and he managed to send 3 of them into the stands. The audience was amazed and the news talked about something else this time.

Hardik Pandya is one fine batsman and he has reminded us that he is born to play amazing cricket. We believe that Pandya definitely needs rectification on his tongue but for now, we will have to settle with his Class A game.

We wish this Indian Super-All Rounder keeps on showcasing his skills on the field and helps India in its upcoming World Cup campaign, in England. Till then keep watching this space for more amazing sports news and shoot them comments below to kick-start an argument on our Kungfu Pandya’s skills, if you have a doubt.