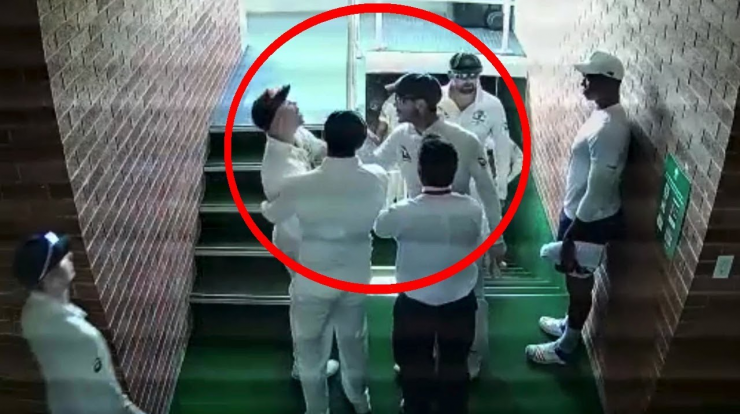 Do you remember the time when Saurav Ganguly’s visited a Shiva temple situated at Srikalahasti in Chittoor for a ‘Sarpadosha’ puja with film star Nagma, who was alleged to be his then-girlfriend? Or the time when Virat Kohli abused a journalist over an article about him & Anushka Sharma? Both the incidences managed to gain a lot of hype among both the media & the public.

Moving forward, there are many more such incidences that became an overnight controversy becoming a hot topic of debate & discussion, a parameter to judge cricketers & their aggression, among the people. Let’s move back in time and catch-up the most heated & popular cricket controversies.

The 1996 Cricket World Cup held between India and Sri Lanka led to one of the biggest controversies of all the time. It was in the Semi-finals when India was standing against Sri Lanka & in nervousness failed to justify their caliber on the field. The low-performance and a score of 22 runs with a loss of 7 wickets, enraged the spectators who went on a violence spree, throwing water bottles on the ground and even setting the stand to fire. The outburst led to a 15 minutes halt in the match but with no signs of improvements in the situation the match was dismissed and awarded to Sri Lanka.

Dada, as Saurav Ganguly is profusely referred to, was involved in plenty of controversies amid the year 2005 to 2007. During this tenure, a spat outbursted between the player and the then coach of team India, Greg Chappel, wherein Chappell allegedly tried to outcast Ganguly from the test side. Further, the player was dropped from ODI side too, stating his mediocre performance as the reason. However, the decision didn’t turn out to work well as India was ruled out in the Group stage of the 2007 World Cup, putting an end to Chappell’s coaching period.

Sreesanth & the Controversial End to his Career

Sreesanth’s career was full of controversies, thus, giving him the title, “King of Controversies.” The aggressive behavior of the player landed him in trouble plenty of times. The incidences that picked most fire was the Slap-spat between Sreesanth & Harbhajan Singh, and the inclusion of player in the IPL spot-fixing. Sreesanth amid the first season of the IPL got involved in a verbal-abusive quarrel with Harbhajan Singh where the latter slapped Sreesanth. In another incident, Sreesanth was found to be involved in IPL spot-fixing for which he endured a lifetime ban from playing cricket.

Recognized as one of the most controversial incidents of the times, the Monkey-Gate incident greatly affected the India-Australia terms. It was amid India’s Tour of Australia in the year 2008 when an ugly argument broke out between Harbhajan Singh and Australian player Andrew Symonds. It was alleged by Symonds that Harbhajan made racist remarks on the player & called him a Monkey. The incident made things bitter between the players, however, later amid IPL both the players resolved all their grudges.

Another test that created a storm in the cricket world was the Oval test controversy. In the year 2006 when Pakistan and England were playing a test match at The Oval, the Pakistani players were accused of Ball Tampering by umpire Darrell Hair. Following the accusation, England was awarded 5 runs as penalty rewards, but the Pakistani team refused to take the field post-tea-break. The refusal led to forfeiting of the Test & announcing England as the winner.

The latest incident that shook the entire cricket world was the 2018 Ball tampering case. In March 2018 during Australia’s tour to South Africa, three prominent players of the Australian team were found to be involved in ball tampering. The cameras caught Cameron Bancroft mishandling the balls & later on investigations found David Warner & Steve Smith to be also involved in the case. Smith and Warner were banned from the national cricket for a year whereas Bancroft was given a ban for nine months.

Well, this was a list of cricket controversies that created thunder among fans who consider the game like a religion. These controversies led to a lot of questions & speculations about the sportsmen spirit of the players. We believe we won’t witness such ugly disputes between the players in the future. Stay connected with us to keep receiving the latest sports stuff.